How Cryptocurrency Became What It Is Today

Cryptocurrency is a big topic today as you’ll find it almost everywhere on the internet, you’ll hear people mention Bitcoin rising or falling, you’ll see it in the news, and some big supermarkets today support payments via crypto for goods purchased. But, have you ever wondered how crypto got to be this big? If you have, grab a cup of coffee, sit tight, and keep your eyes glued to the screen because, in today’s guide, we’ll be looking at how Cryptocurrency became what it is today.

Cryptocurrency is a type of digital currency that’s designed to work as a medium of exchange, the same way fiat money works, but this time through a computer network that’s not reliant on any central authority, such as the bank or government, to maintain or uphold it. The history of cryptocurrencies can be traced back to the 1980s when they were known as cyber currencies. However, the coins didn’t gain much popularity up until the introduction of Bitcoin in 2008, which was created by an anonymous programmer or group of programmers under the name Satoshi Nakamoto.

The 1980s: Idea of Cryptocurrencies

The term “Cryptocurrency” was first mentioned in 1989, just 9 years after 1980 when American cryptographer David Chaum invented Digicash, which was dependent on cryptography to secure as well as verify transactions. This early form of cryptographic electronic payment method requires user software to withdraw from a bank and specific encrypted keys to send it to another recipient. After the 1980s, in the early 1990s, they started developing cryptographic software and protocols which made it possible to create a truly decentralized digital currency.

Another cryptocurrency Bit Gold, designed by Nick Szabo in 1998, often referred to as a direct precursor to Bitcoin required a participant to dedicate computer power to solving cryptographic puzzles, and those who successfully solved the puzzle received the reward. If you were to merge Szabo’s and Chaum’s concepts, you’ll get something resembling a Bitcoin.

However, the puzzle Szabo’s concept couldn’t solve was the double-spending problem without the use of a central authority, and it remained that way up until a decade later when a mysterious person(s) who used the pseudonym Satoshi Nakamoto, published a white paper named “Bitcoin – A Peer to Peer Electronic Cash System.” Satoshi’s paper effectively launched the cryptocurrency revolution by outlining a system for creating digital currencies that do not require trust in any third party.

Bitcoin is a cryptocurrency that’s known and used worldwide as a payment system. This payment system was developed or created by Satoshi Nakamoto in 2009, and in that same year, it was launched as open-source software. Today, Bitcoin is now popular among people who are looking for means to easily send money across borders quickly without interference from governments or banks.

After its creation, Bitcoin had no actual value and it remained that way for the first few months of its existence. The first Bitcoin transaction to ever happen in the world took place between Hal Finney and Nakamoto on the 12th of January, 2009. February the following year, someone was paid 10,000 Bitcoins for two pizzas delivered by Papa John’s. Today, that transaction is worth millions of US dollars.

In early 2010, the only cryptocurrency in the market was Bitcoin and at that time, its value was about a few cents—it was less than 14 cents, then by early November 36 cents before settling at 29 cents. Over the next few years, other cryptocurrencies soon entered the market and their prices did rise and fall together with Bitcoin’s.

In 2022, Bitcoin is not the only decentralized or tradable cryptocurrency in the market today as there are other popular coins like Ethereum, Litecoin, and Ripple. NFT (Non-Fungible Token) can be seen as a branch of cryptocurrency since it’s built using the same kind of programming used for cryptocurrency. People now acquire cryptocurrencies not only from mining, but also from buying, staking, farming, and even gaming—as you can now earn crypto with this online game, Metarun.

The cryptocurrency market is flourishing and it’s only expected to become bigger. As long as the digital economy continues to grow at an astronomical rate, cryptocurrencies will surely play a large role in making the future monetary system. 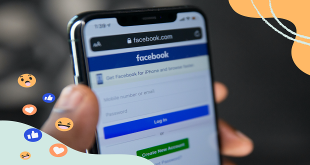 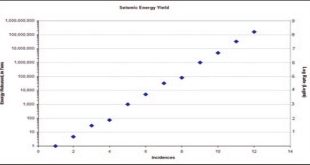 What Is a Logarithmic Chart? 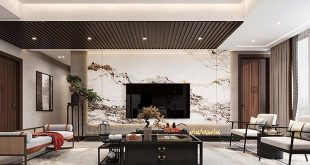 PVC wall coverings: what are they?

The beauty and practicality of PVC wall coverings We often hear about PVC, a material …